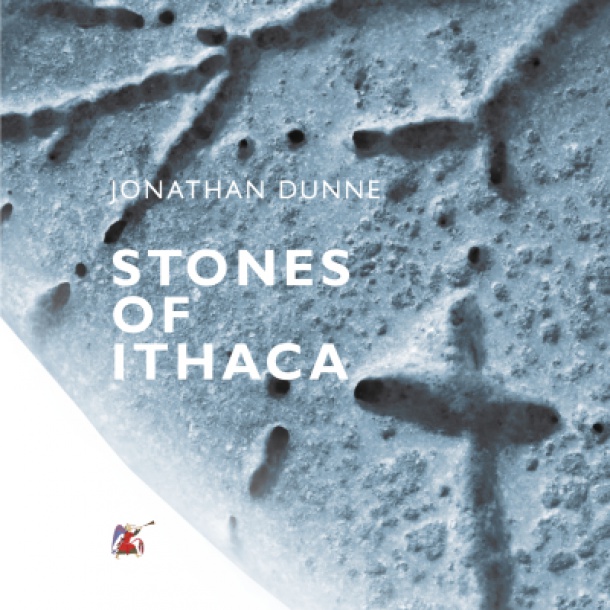 Stones Of Ithaca is a book about God in language and in the environment. It sets out to provide proof for the Christian concept of the Holy Trinity through words such as one and moon, for Jesus Christ as the Son of God through the question words who and why, and for the Virgin Mary as the Mother of God through words such as mother and Messiah. There is a progression in language from A to I to O: A is the letter of creation, as related in the first two chapters of Genesis; I is the letter of the ego, the era we currently find ourselves in; and O is the letter of repentance, when we count down from the ego and turn to God. Stones Of Ithaca looks not only at a theology of language, but also at a theology of stones, in which stones are not faceless objects, but part of God’s creation, decorated with drawings of scenery, vegetation, fish, birds, animals, ships. They are inscribed with faces and marked with the eternal symbol of the Cross. The book contains eighty black-and-white photographs of stones collected on the beaches of the Greek island of Ithaca, the famous homeland of Odysseus, who after the Trojan War is forced to wander for ten years for his blinding of Poseidon’s son Polyphemus and who, having been reunited with his wife and regained his palace, is destined to set out again with an oar in his hand in fulfilment of a prophecy of Tiresias. Can parallels be drawn between Odysseus and Christ, the Odyssey and the Old Testament? Stones – and words – are the protagonists of this book in which everyday objects are revealed to hold a much deeper meaning.

For more information on this writer, please visit his website www.stonesofithaca.com.