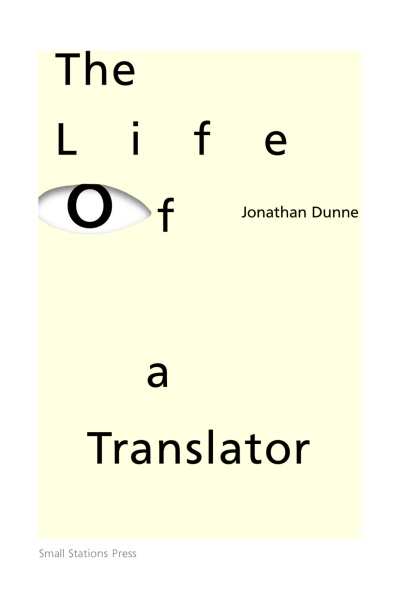 THE LIFE OF A TRANSLATOR

How are English words connected? Is there a consistent set of rules by which words in the English language are connected not according to their etymology, their evolution over time, but according to their letters? These letters may be rearranged, read back to front, altered according to the laws of phonetics, their position in the alphabet, their physical appearance, their numerical value. So while the reverse of live is evil, we can count down from I to O and find love instead (as sin gives son). The ego, by taking a step back in the alphabet, can be turned into God. Using the laws of phonetics, we can realize that the true purpose of the self is to serve. In The Life of a Translator, Jonathan Dunne offers a clear, direct introduction to the ways in which English words can be connected according to their DNA, arguing that words have something to tell us about human life, but their meaning is hidden and must be deciphered (God is code). In this sense, language is similar to the environment. We think we see what is around us, but we are spiritually blind even after we have opened our eyes, and it is this spiritual blindness causing a crisis in the world because of how we treat our world, the environment, each other and, ultimately, ourselves.