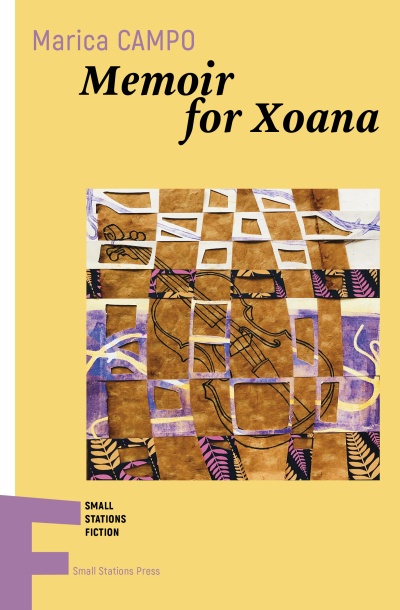 Xoana is the descendant of hard-working women, starting with Pepa the Mole, her great-great-great-grandmother, who went around with a peddler, Maricallo, who played the violin and sang coplas, romantic songs, at the fairs in Galicia. At one fair, in Monterroso, she was raped under cover of night. Pepa dreamed that in actual fact she had been made love to by Einhard, Charlemagne’s page, and in the manner of an oyster she wrapped an affliction with the purest of material until it was transformed into a pearl. Xoana’s great-great-grandmother was Rosa, who worked in the Big House as a maid, where she was made pregnant by the lord of the manor, Don Álvaro, and likewise became a single mother. Her great-grandmother was Carolina, happy as a tinkling bell and strong as boxwood. Carolina’s husband died while digging a tunnel in Asturias, only two years after they had been married, so she ended up being a single mother as well. Her grandmother was Carme, who attended a convent school in Zaragoza, where there was a strict divide between paying and non-paying pupils. This irked Carme so much she stirred up trouble and got expelled, much to her uncle Xenxo’s delight, who hadn’t wanted her to go there in the first place. She later became a member of the union at the local factory, where she married the clerk, Pedro. She is the woman who was determined to change the world. Xoana’s mother is the narrator of this novel. She is a violinist – like Pepa the Mole, who inherited Maricallo’s violin. She is pregnant with Xoana and both anxious and eager to welcome her into the world.