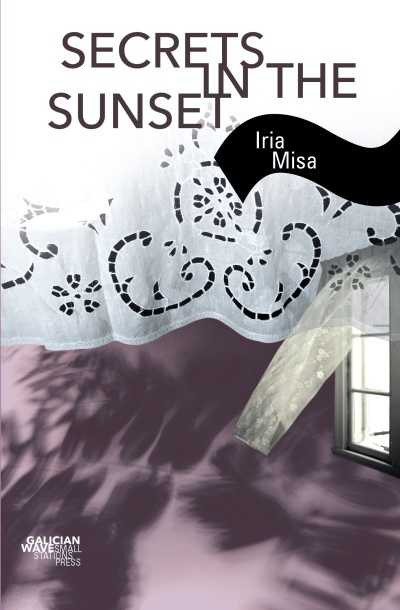 SECRETS IN THE SUNSET

Mara’s parents run the Sunset Hotel in Bico, a small town on the coast of Galicia. The Sunset Hotel is a family hotel, with old-world charm, the kind of place people come back to back year after year. Mara is almost eighteen and has taken the liberty of staying out all night and going to the disco with some friends. She has then hooked up with Tucho and brought him back to the hotel for a little intimacy, only her mother, who seems to have an inbuilt tracking device, finds out. The next day, Mara is unaware there has been an accident in front of the hotel, a hit-and-run. It just so happens that the victim of the accident is Tucho’s previous (or not so previous) girlfriend. Mara for her sins is forced to do a stint in reception, where she checks in a hesitant, but not unattractive young man, Antón, who is staying with his mother and her husband. Mara and Antón become friends and investigate together the past of Mara’s great-uncle, Paco, the previous owner of the hotel, who died some months earlier. It isn’t only Mara’s family that hides secrets, however, since Antón’s family appears to harbour some secrets of its own. The summer holidays, which had looked like being a succession of boring revision classes, turn out to be much more eventful and illuminating than anyone could have imagined.