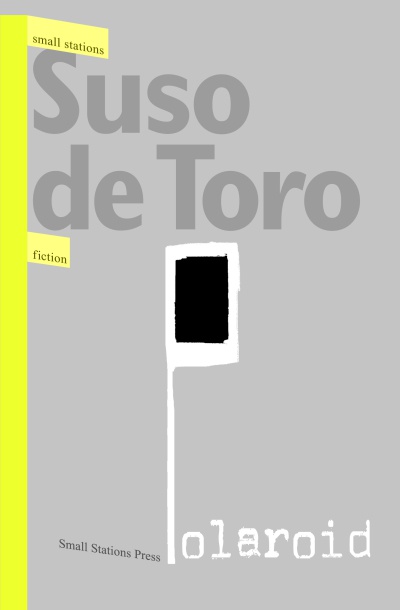 One of the most exciting works of literature to have come out of Galicia in the last thirty years, and the first adult-fiction title by Suso de Toro to be made available in the English-language market. There is something startling about this book. With Raymond Carver-like simplicity, the author extracts the commonplace events and ordinary frustrations of life, shedding light on them, exalting them and undermining them at the same time, so that the reader is left in a hiatus, expectant and fulfilled. What goes on here is impossible, outrageous, and yet it happens. A blind man beats and is poisoned by his wife, an aged housemaid tries to breastfeed the baby when the parents are out, a second-hand typewriter insists on typing out its own message, a rapist awaits the family’s vengeance while wishing he knew the victim’s name, a cash machine flirts with a customer of the bank by making spurious deposits into her account, a jumper turns murderous, a porn model seeks an intimate relationship that isn’t confined to the glossy pages of a magazine, a mother loses track of her child, Cain and Abel appear in modern dress, the hero Theseus is driven to question whether he really is a hero or not, a man finds his wife having an affair in the wardrobe… There is something absolutely surprising about these stories that signalled a new direction in post-Franco Galician literature, in a book the author himself described as ‘an outburst of fury inspired by punk’.