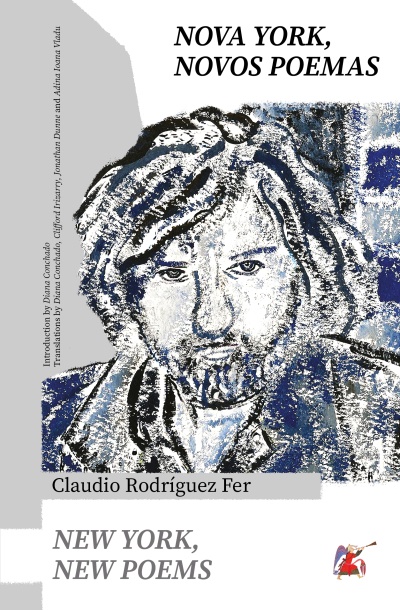 The bilingual (Galician-English) volume New York, New Poems brings together twenty-one poems by Claudio Rodríguez Fer, one of Galicia’s most important contemporary poets and critics. The poems’ protagonist is the city of New York. As Diana Conchado writes in her introduction, “The author’s representation of the urban space that is New York City can be read as an affirmation of solidarity with life in its many manifestations, a perspective which informs his entire corpus.” She cites Timothy Morton’s concept of the “ecological thought”, the thinking of interconnectedness, the awareness of how humans are connected with other beings in the most profound sense, and goes on to say, “The poems in this collection denaturalize the notion of separation, while they emphasize, and celebrate, our shared coexistence.” The volume starts with In Pursuit of the Crimson Tapestry (The Cloisters Diptych, New York, 1992), a cycle of poems that centers around the physical space of The Cloisters, the Metropolitan Museum’s four-acre space in Upper Manhattan devoted to European Medieval Art, and The Rape of Europa, both taken from the collection Extrema Europa (1996); it continues with the seven-poem cycle Mannahatta from the collection A unha muller descoñecida (1997) and “Rosalía’s Revolution in New York” from the collection A muller sinfonía (Cancioneiro vital) (2018). It also contains the answers the author gave to the Proust Questionnaire for the cultural magazine Evohé in 2010. With this comprehensive selection spanning three decades, readers will be impressed by Rodríguez Fer’s “celebration of love, especially, but not exclusively, erotic love (that ultimate fusion of forms), and its radical affirmation of life, its ability to overcome barriers, be they spatial, temporal, or ideological”.