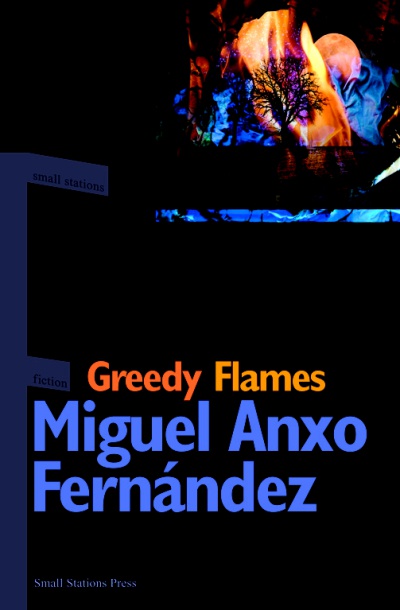 Private Detective Frank Soutelo has left behind the stress and strain of Los Angeles, California, to take a break in his ancestral home of Galicia in northwest Spain, but on his arrival at Lavacolla Airport he is distressed to find that a forest fire has taken hold of the outskirts of the Galician capital, Santiago de Compostela, making visibility difficult. It is August 2006, and temperatures have risen to almost unbearable levels. There are those who believe that the blaze has been started deliberately, a way of clearing land in order to build houses, despite the fact there is supposed to be a moratorium in such cases. One property developer in particular, Marcial Dalama, nicknamed The Terminator because of his fondness for all things Arnold Schwarzenegger, is under scrutiny, but there are those who maintain the fires are started by environmental activists such as Comando Pola Terra or Earth Command. Frank may have been hoping to settle at his aunt’s house in Muros on the west coast and to enjoy her homemade dishes – hake casserole, or sole with mussels – while visiting the local bar run by Poncio, an ex-explosives expert in the Civil Guard, but it seems destiny has other plans. His cousin’s school friend has lost her son to an alleged overdose of heroin; the parents refuse to accept the autopsy results and want Frank to investigate, which he will do, being drawn into a world of big-money stakes, grassroots activism, attractive women, and there will even be a cameo role for his old friend, Sugar Jones the Mortician.