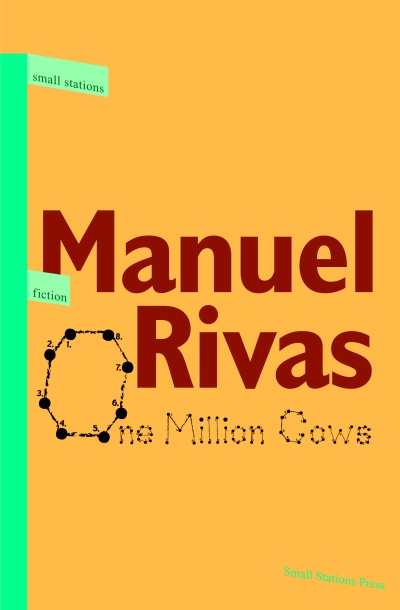 From the author of The Low Voices and The Carpenter’s Pencil, the book of short stories that set him on his way and revolutionized Galician literature when it came out at the end of the 1980s. For the first time, Galician prose dealt with the Galician landscape in a modern context, uniting tradition and modernity, placing the poetry of landscape alongside the irony of modern society. In One Million Cows, a collection of eighteen short stories by Manuel Rivas, the first he published, a boy tries to find out if his cousin is really a battery-operated robot, a sailor who has been shipwrecked at sea turns up dead in a local bar, the inhabitants of a village transport a young suicide so that he can be buried in an adjoining parish, a Galician who has recently returned from England dreams of building a golf course on the mud-flats of his childhood, and a prospective councillor is put off by the fish scales on a fishwife’s hands. Manuel Rivas is Galicia’s most international author, and once again the reader will be able to enjoy his striking metaphors, his commitment to what he writes, and his lingering eye for detail.

Like so much of his work, the stories Manuel Rivas tells, could, for many, be construed as something of an added bonus. It’s the actual writing that’s so alluring. So attractive.

There’s a lot to like about One Million Cows, a slender volume, but one that’s very enjoyable. It’s full of clever vignettes, superbly detailed snap-shots of regional life.

I am a fan of Rivas, he has a real eye for detail in his writing and that is shown here but also I liked the fact he had humour in a few of the stories which is something I discovered about his writing. I also like the fact in this collection of post-Franco tales there was no mention of the fact it was the post-Franco era.

The stories project, combining all the colours branching from conflicts or settlements, a bright picture of life in Galicia during 1980’s.