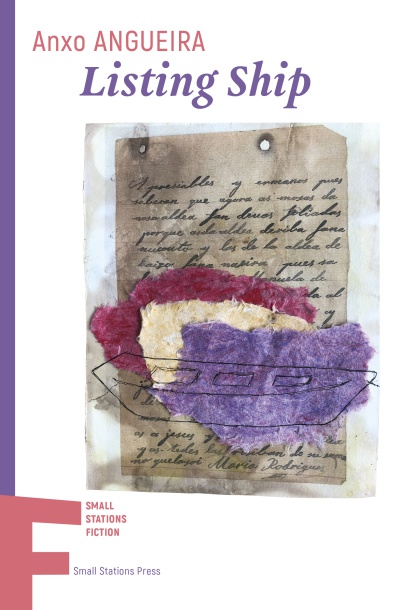 Listing Ship, winner of the prestigious Xerais Prize for Novels, is a rare insight into the life of rural Galicia in the last days of the Second Spanish Republic, before the outbreak of the Spanish Civil War. We are introduced to the life of the local community centred around the village of Sernanselle (actual Manselle), southwest of Santiago de Compostela and close to the majestic Ulla river as it leaves Padrón and heads toward the Arousa estuary. There is María, who writes letters for her mother to Ramón, the son who has emigrated and whose help would be a boon around the house. Then there is Roiz Bustelo, an emigrant who has returned from Buenos Aires and is keen to invest his money in a dairy factory. Amaro, Roiz’s son, who catalogues prehistoric remains that are to be found in the municipality. Camoiras, who seems to have most of his attention placed on María’s pitch-black, defiant eyes. And the Master, Don Antonio, the local doctor who struggles to keep up with the latest advances in medicine. Other projects include buying a threshing machine for the entire village. But such advances will come up against the rise of fascism, the shadow of the Spanish Civil War, which threatens to spill over into violence. The novel stands as a monument to the possibilities humankind has to work together for the common good and as a lament for the self-inflicted tragedy of bigotry and antagonism. Whatever people’s aspirations may be, however they may be formulated, working together, mutual understanding, has to be preferred over sticks and stones.